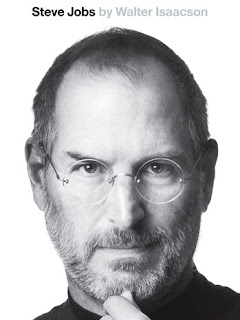 I am a sucker for modern history about the world in which my chosen profession lives.  In this period in our time, we give a lot of credit to Apple, and more specifically Steve Jobs, for driving the last three decades of technological evolution.  There is a theory in Anthropology that modern history is very inaccurate due to the fact that we all have a predisposition to bias our own feelings too much.  Fifty years from now, we will be able to look back on this biography and decide how important it really is.

What is likely to stand the test of time is the example Jobs set by placing Products before Sales when attempting to ensure corporate longevity.  By simplifying a product line, Apple was able to focus on its core competencies and shed itself of lateral growth and compartmentalization that has plagues other large companies such as Microsoft, Sony, and Yahoo.

What is likely to NOT stand the test of time is the assertion that Apple really had such a large impact on the industry.  Being nimble enough to be a first-mover on capacitive touch screens doesn't mean you can claim credit for inventing a product that was already being developed by Microsoft and Palm.  Being a UI innovator doesn't mean you can claim credit for inventing a product to play music that already existed.  The same is true from the original Macintosh (the Mac wasn't the first PC) to the iPad (Microsoft had tablets for over a decade before Apple).  Sure, Apple has a habit of coming out with products that are among the best in their class, but I was very put off by the conclusions of the book that claim that Apple invented the classes it so frequently dominated over the second half of Job's reign.

Walter Isaacson tells a really good story and has an uncanny ability to research and communicate.  His frankness and honesty, even though he spent to much personal time with his subject, is amazing.  But, even while he discusses the "Reality Distortion Field" over and over again, he seems to get trapped in it from time to time, especially when describing details fewer than five years old where his own predisposition to bias that reality distortion field short of hard facts.
Posted by David Ron at 4:39 PM