Book Review: God's Battalions: The Case for the Crusades 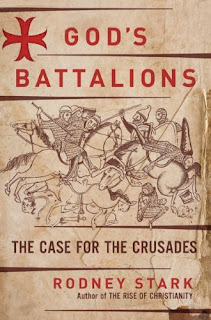 History books, especially those about the period of time before The Enlightenment, are always biased based on popular views and prejudices.  Among those controversial events was those of the Crusades - which traces its roots all the way forward to the current Israel/Palatine/Middle East fighting the persists today.  This book is an attempt to remove the religious bias that accompanies the study of post-Islamic middle east to provide a geopolitical study of why Europe kept sending people east.

The author attempted to make "a case for the crusades", which I think was a failure.  He didn't convince me that the crusades were a good idea, but the author did convince me that other people were convinced.  Moreover, he convinced me that his arguments were a much more likely set of arguments than those that are traditionally taught - religious extremism coupled with total anarchy.  These traditional arguments I always found hard to believe given the multi-national cooperation of Europe, Byzantine, and both the Latin and Greek churches.

Before reading this book, I had an American high school knowledge of the Crusades, which is to say, very little understanding of what happened and why.  So, I can recommend this book as an introductory text on the subject, but I can't attest to its completeness or validity.  Still, it was an easy read and quite enjoyable.
Posted by David Ron at 3:09 PM