Upgrading a Netgear Orbi - Solution to "This firmware file is incorrect!" 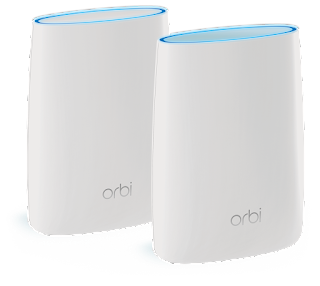 I just got a brand new Netgear Orbi router with extender (called a satellite) this weekend.  When navigating to the firmware upgrade page, the UI indicated that I had an upgrade available for the base station, but the satellite unit was stuck in "please wait" mode.  So, I decided to try upgrading the firmware manually.  I read online that you should always upgrade the satellite first, so I downloaded the firmware for both, logged into my router, and attempted to upgrade.  I was then presented with the following error message when attempting to load the firmware for the RBS50 (the satellite):

After a little poking around, I realized that my satellite appears in the list of "attached devices" and when I connect directly to the satellite, there is a different interface for upgrading the firmware of that device.  So, I used that interface to upgrade just the satellite (the RBS50).  Once finished, I could upgrade the firmware of the Orbi router using the automatic upgrade feature.
Posted by David Ron at 8:31 AM