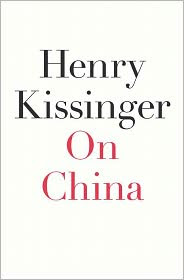 Wow.  I got kind of sick reading books about Software Engineering, so I invested in a different passion of mine: philosophy.  This is a deliberate Political Science book that examines China through the eyes of the United States' foremost expert on China: Henry Kissinger.  The first 3rd is a geopolitical history of china that covers several thousand years.  The second third of the book covers everything up until the middle of the cold war.  The final third of the book covers the end of the cold war up until today.  So, it kind of zooms into today.  A cone history that every American should read.

My takeaway is an optimistic opinion that guns and bombs are not the future of geopolitical negotiations - money is.  As level-headed governments seek to entangle each other's currencies, we will see stability come through monetary pressure instead of physical force.  This is great for many reasons, but mostly because the current superpowers of the world don't seem interested in invading each other.
Posted by David Ron at 10:41 AM