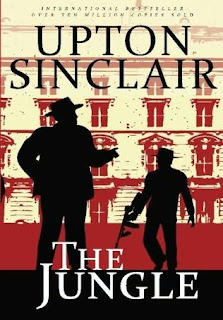 This book has been credited with stirring the public to reform the Government's responsibility for inspecting food for public consumption.  But, it attempts to provide an argument for why Capitalism fails the people and why we should re-distribute wealth in order to achieve better health standards.  Having family that lived in the USSR in the 1970s and 1980s, I can tell you that black bananas and rotten meat is the result of a centrally planned government - just as bad as what could result from a corrupt capitalism.

The book is all wrong.  It takes 2/3 of the time to explain dozens of instances of corrupt government and uses this to rationalize giving the government MORE power with FEWER checks instead of simple and liberal application of laws such as they existed at the time - The Sherman Anti Trust Act, and eight years after the publication of this novel, The Clayton Act which Roosevelt and Taft were to use to bust the very corrupt organizations that the book described.

Speaking of Theodore Roosevelt, I completely agree with his assessment of this book calling him a "crackpot", and saying, "I have an utter contempt for him. He is hysterical, unbalanced...".