Book Review: History of the United States by Charles A. Beard and Mary Ritter Beard 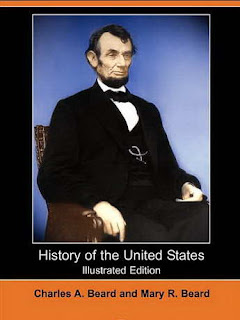 This one took me about 9 months to read on my phone.  I got it from Guttenberg, and loaded it up into my Android phone to read using FBReaderJ.  What a great reading experience always having a nice big book to read in my pocket!

This book was fascinating for several reasons.  It filled in a huge gap in my grade school education - specifically right before and right after the Civil War (the era of President Jackson, and the reconstruction).  I know feel like I have a very good understanding of the formation of the United States and it's evolution through the WWI.

Even more interesting was the language and treatment of several of the themes of the textbook.  Having been written in 1921, there was no knowledge of the Great Depression, World War II, or any other great historical events after.  This includes the Civil Rights Movement.  Minorities were still treated using an "us vs them" vocabulary and women were still treated as a different class as well, even though the authors seemed to believe in equality for the sexes and perhaps even for the "races".

I frequently got a chuckle from the subjective treatment of the more "recent" events because history isn't really history until at least 25-50 years have past.  Our view of "The Great War" and President Wilson has particular dimished as the second Roosevelt and WWII appeared.  The finality of prohibition (which was still in effect at the time of that writing) is treated as a far more temporary set of laws today.